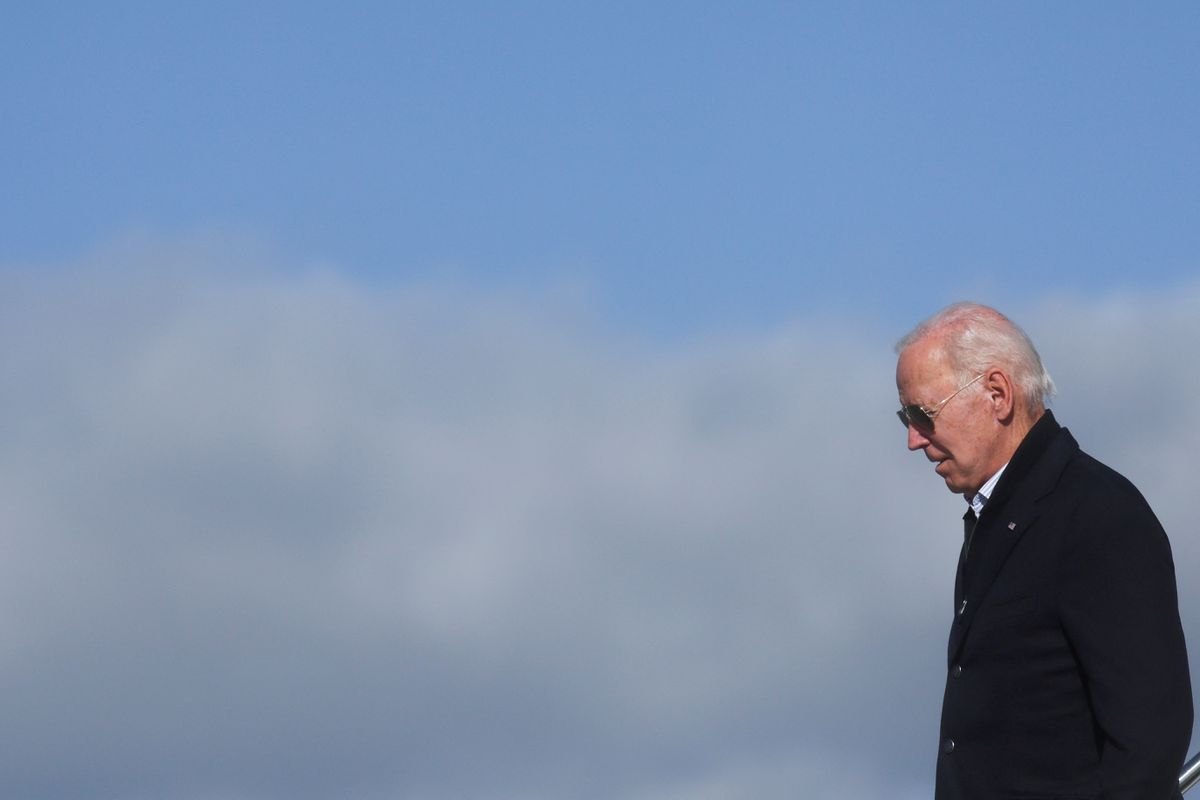 A divided Congress. Rampant inflation. Congress-led investigations. These are just some of the challenges that are on the horizon for US President Joe Biden. Since last week, there has been a new crisis around batches of classified documents found in his private home and office. As Biden marks his first two years in the White House this Friday, the second half of his term promises to be a roller coaster of significant challenges.

Just a couple of weeks ago, Biden was on a roll. In the first half of his term, he had passed more and more consequential legislation than any of his predecessors since Lyndon B Johnson (1963-1969). The midterms brought better results for the Democrats than expected: they expanded their control of the Senate and lost the House of Representatives by just a few seats. The Republicans seemed in disarray after a farcical vote to appoint a new Speaker of the House: Kevin McCarthy needed 15 rounds to get enough support. Things looked up for Biden’s expected announcement of a 2024 White House run. He tweeted last December: “I think it is going to be a great year. Why? Because we get to start implementing a lot of things we passed last year.”

But then a new crisis broke. The White House revealed last week that some classified documents had been found both in a think tank office kept by Biden after his vice presidency and in his private home in Wilmington, DW. Attorney General Merrick Garland appointed a special counsel, Robert K Hur, to investigate the case. The Republicans quickly seized on the fact that the Biden team kept the finding in the dark for over two months. The incident could taint his next few months and complicate his expected campaign for a second term.

The challenges for the next half of this term have already started. With a new Republican majority in the House, it will be more difficult to pass legislation. The GOP majority is fixated on opening further investigations on almost every angle of Biden’s administration, from the US withdrawal from Afghanistan to its immigration policy. That also includes Biden’s son Hunter’s business dealings, which the Republicans have long considered suspicious.

By the numbers: President Biden at the two-year mark

The federal debt ceiling will reach its hard limit in about six months, and Republicans and Democrats have to negotiate to lift it. Both sides are sticking to their guns. “We will not negotiate on this,” said White House press secretary Karine Jean-Pierre this week. The debt limit has to be raised “without conditions,” she said. In the Capitol, the GOP is demanding vast cuts in government spending to agree to anything.

So far, Biden has relished the challenge. “Watch me” has been his answer when asked about his age or ability to implement his agenda.

The current president is not the most charismatic of politicians. He has a reputation for misspeaking and being clumsy. His age, 80, has been a drag on his image. “Sleepy Joe” has been one of the nicknames that his predecessor and foe, Donald Trump, has used to describe him. Up to a point, it has stuck.

But his age also brings experience. Over 40 years in the Senate have taught him how to navigate the divisions across the aisle in the Capitol. And he has used that wisdom to pass an impressive corpus of legislation.

A few weeks after his inauguration on January 20, 2021 – with the echoes of the assault on the Capitol still fresh in everybody’s ears – his Administration passed its $1.9 trillion pandemic rescue package. A few months later, it was the turn of its infrastructure act, the largest in a generation. This piece of legislation, which went through with the votes of six Republicans in the Senate, allocates $550 billion in new spending for areas such as the electric grid or airports.

After more than one year of tough negotiations with more centrist Democrats, he managed to pass his Inflation Reduction Act (IRA), an ambitious program to move forward his plans to curb US emissions by 40% below 2005 levels by the end of the decade. This legislation also plans to boost American domestic industry, promote research on artificial intelligence, biotech, and quantum technology, as well as regional innovation and regional tech hubs.

The Chips and Science Act promoted the development of a domestic semiconductors industry after the 2020 Covid pandemic stressed global supply chains and brought US dependency on foreign chips for its products to the fore.

Additionally, his administration passed the Protection of Same-Sex Marriage Act, concerned that homosexual unions could be targeted, just as the federal right to abortion was overturned by the Supreme Court last summer. Other laws, such as better coverage for veterans harmed by the burn pits in Iraq, passed with substantial bipartisan support.

Although some of this legislation seemed to stoke inflation initially, the measures taken seem now to be paying off. Unemployment remains low, and gas prices are much lower than the maximum they reached last summer. Even inflation appears to be cooling off somewhat after reaching a record 9.1% last summer: the wholesale index fell 0.5% in December, more than expected.

The flurry of activity has extended to foreign policy. Biden’s term started in this area with a controversial move, the chaotic withdrawal from Afghanistan after 20 years of war. But the White House national security adviser, Jake Sullivan, insists that “strategically, it was the right decision” and that it has allowed the US to direct its gaze to more pressing “threats of the 21st century, not those of 2001 or 2002.″

The US support of Ukraine has allowed President Volodymyr Zelenskiy’s government to resist the Russian invasion that started last February and to mount a counteroffensive that allowed it to recover some of the territory taken by Moscow. It has reinforced old alliances and created new military ones, such as Aukus (Australia, United Kingdom and the US) in Asia. It has struck an agreement with Mexico about immigration from Cuba, Haiti, Nicaragua, and Venezuela that has reduced irregular border crossings by immigrants from those countries. Two years of Biden’s term have somewhat mended fences with European allies – even if they complain about the IRA legislation unfairly protecting American domestic industry at their expense.

Even his lackluster polls were improving. From a rock bottom of below 40%, his popularity was standing at an approval rate of 44% and 51% disapproval, according to a poll by the University of Massachusetts-Amherst.

“While the president did enjoy a bump in approval, particularly among young people, independents, working-class Americans and college-educated Americans, a majority of the public still expresses negative views of the job that the president is doing. As President Biden contemplates a run for the White House in 2024, he and his supporters are hoping that the upswing in approval is but a harbinger of things to come,” says Tatishe Nteta, provost professor of political science at UMass Amherst and director of the poll.

But then the confidential documents scandal happened. There are apparent differences between Biden’s and Donald Trump’s cases. The former president stashed thousands of classified materials, which had to be seized in an FBI search of his Florida residence, Mar-a-Lago, after months of unheeded official requests. He faces an investigation on obstruction of justice.

Biden’s misplaced papers are much fewer, and the White House is cooperating with the Department of Justice. But there is a question mark around the timing of the announcements: the first batch was found on November 2 in the think tank office, but was only publicly acknowledged last week. Had the discovery been made public when it happened, it could have had an impact on the November 8 midterms. Now the Republicans in the Hill are demanding more details about the whole case. They also complain that Trump received unfair treatment by having the Feds turn up at his residence.

The fight is on. The Republicans are promising to investigate all kinds of angles of Biden’s White House. The administration has hired more legal counsel and communications experts. A rollercoaster ride is on the way.